A customer’s experience with an eCommerce checkout can seriously colour their opinion of the people they are buying from. This is why having the right payment gateway in place is imperative to avoiding abandoned carts. The added retention in revenue is probably a lot more than you would think. 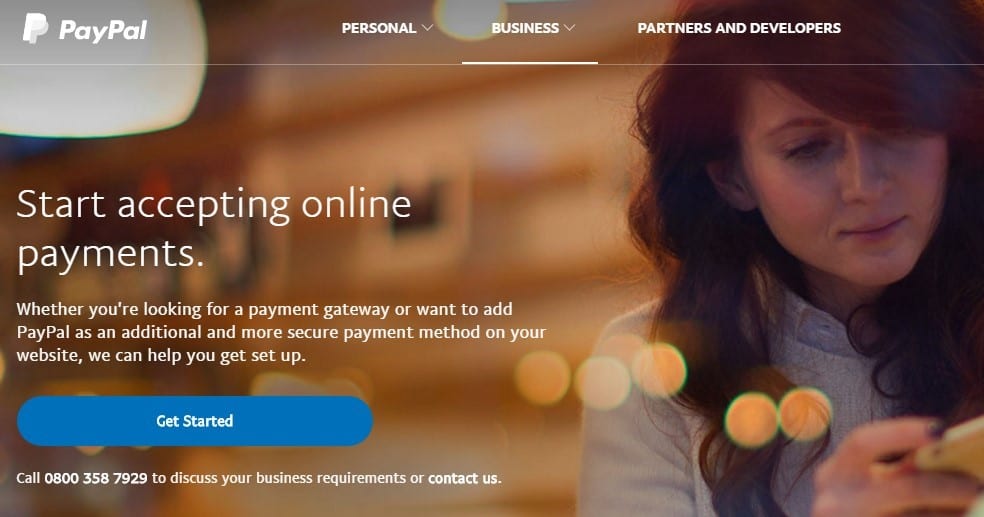 Even if you have never used PayPal for your business, you are extremely likely to have used it as a customer, making you amongst their staggering 200 million users worldwide. It might not be the cheapest and it might not even be the best for everyone, but it is vigourously reliable and is more widely accepted than any other payment gateway in the world. What that means for you and your business is consumer confidence, and that is something you cannot put a price on.

It is rare to find an online merchant that hasn’t adopted PayPal as at least one of their payment gateways, because to do so is to turn your back on a large chunk of your potential customer base. Many consumers these days will actively avoid a seller who does not accept PayPal, and will even choose to pay more for an item to get that functionality. Customer loyalty is becoming increasingly rare as consumers seek out the best possible deals in a sea of potential sellers. This means that first time buyers make up a huge percentage of any online businesses market. Customers either struggle or have little interest in keeping track of the merchants they use on ecommerce sites, so they will sometimes find it difficult to know which sellers they can trust. For a customer PayPal is a safety net between them and the seller, it inspires confidence and trust which cannot be underestimated.

That being said, PayPal are but a drop in the ocean of available payment gateways, all of which come with their own pro’s an con’s. Below are some of PayPal’s top contenders, all of which are integrated with Cloud Commerce Pro. Many of them make great additions to your business and current payment solution that will help you drive sales with an ever broadening marketplace. 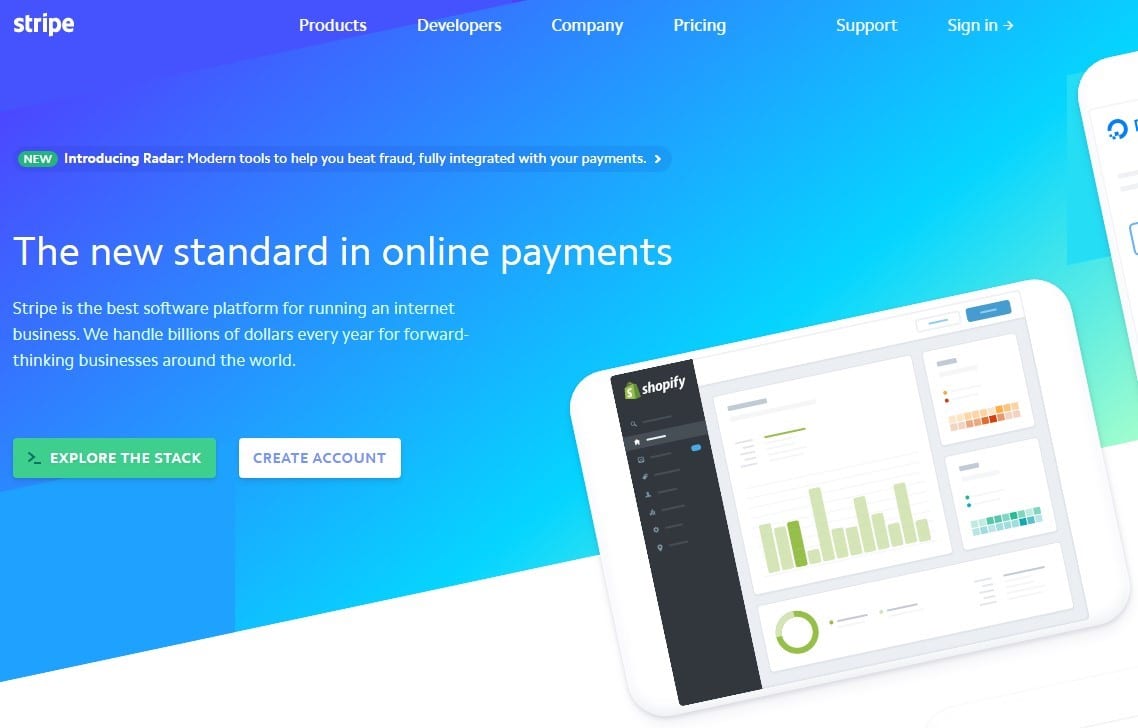 You could be forgiven for not having come across Stripe, a payment gateway that is more entrenched in the US market despite it’s Irish roots. The company has evolved in leaps and bounds since its inception in 2010 thanks to some serious financial backing from venture capitalists. Even their name is an evolution that derived from the confusion surrounding their unusual early name “/dev/payments”.

They are by no means a small firm, boasting over 100,000 business customers including many big names such as Facebook, Lush, Shopify, Kickstarter and Adidas, while ranking #4 on Forbes Cloud 100 list.

The big selling point of Stripe is that initial transactions incur a two day waiting period. During this time Stripe check to make sure the business can be trusted before transferring any funds over. This equates to a high level of consumer trust, much in the same way PayPal are considered. Adopting a well trusted payment gateway goes a long way to reinforcing the credibility of your business.

Stripe works with over 100 currencies and all major credit cards, making it a great addition if you sell internationally. It hasn’t been as heavily marketed in Europe compared with the US, which is a shame as that means the general public are not as exposed to it.

A common gripe with Stripe is that it does require some basic coding knowledge to integrate with your website, but as a Cloud Commerce Pro customer this is all taken care of for you.

Stripe’s pricing model is just like PayPal’s, charging a percentage per transaction, plus a small fee. For non-European transactions the two are pretty close on price, but for European transactions, which likely make up the bulk of any UK e-commerce retailer, the price is significantly lower. If Stripe continue to push their brand image within the UK, this pricing difference could be a real deal breaker for retailers looking for a more cost friendly solution. 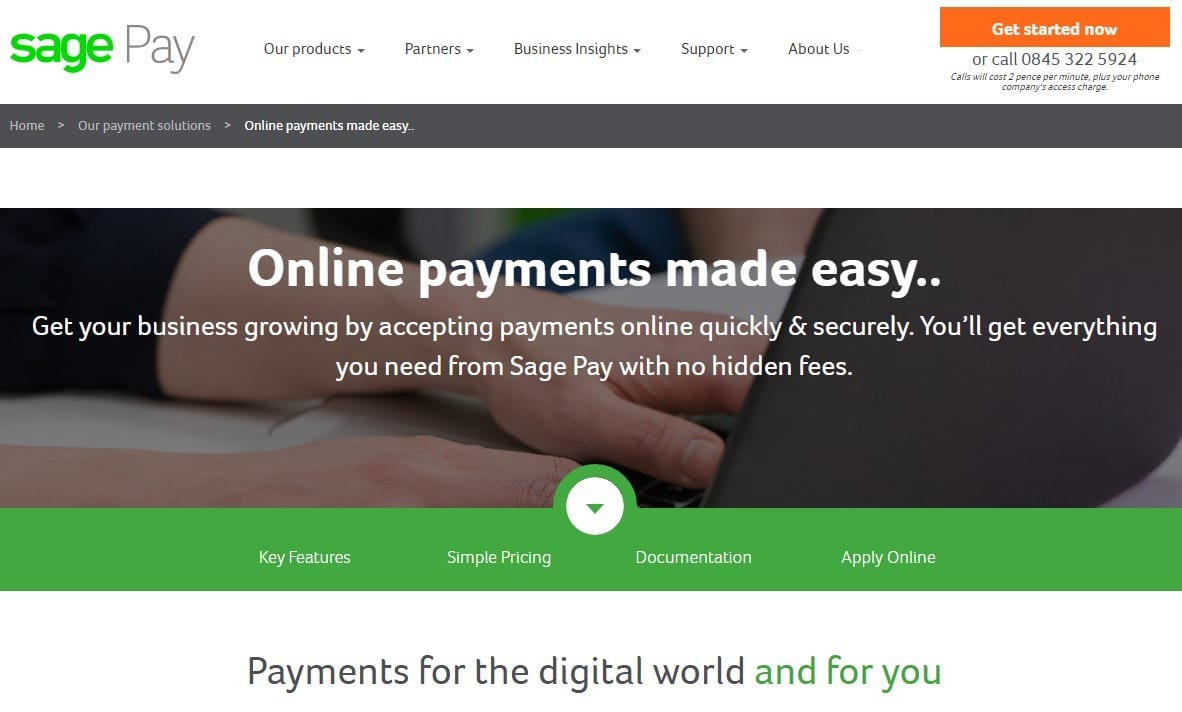 If you’re an e-commerce seller, chances are you have at least heard of Sage, if you’re not a user already. Sage’s accounting software is easily the most widely used for small to medium sized businesses, and it is easy to imagine why when you consider the software has been around since 1984. By software standards, that is quite the pedigree and it has given the company far more time to grow and evolve than most.

In 2001 Sage created their own online payment service called Sage Pay, only a few years after PayPal’s inception. Such roots further cement Sage Pay as a product worthy of trust and respect. Speaking of roots, it is worth remembering that Sage is a UK company based Newcastle, and despite international success it has remained true to it’s UK heritage. Their customer service is highly regarded, which could be down to them having an intrinsic understanding of the business needs of UK customers.

Sage Pay’s pricing structure is a little easier to calculate than some of its competitors, as they charge a flat rate for a certain number of transactions per month or a bespoke tariff for larger businesses. Even if you go over your allotted monthly transactions, Sage Pay’s additional transaction fee is still considerably less than some, making this a great value for money payment gateway solution for any business. 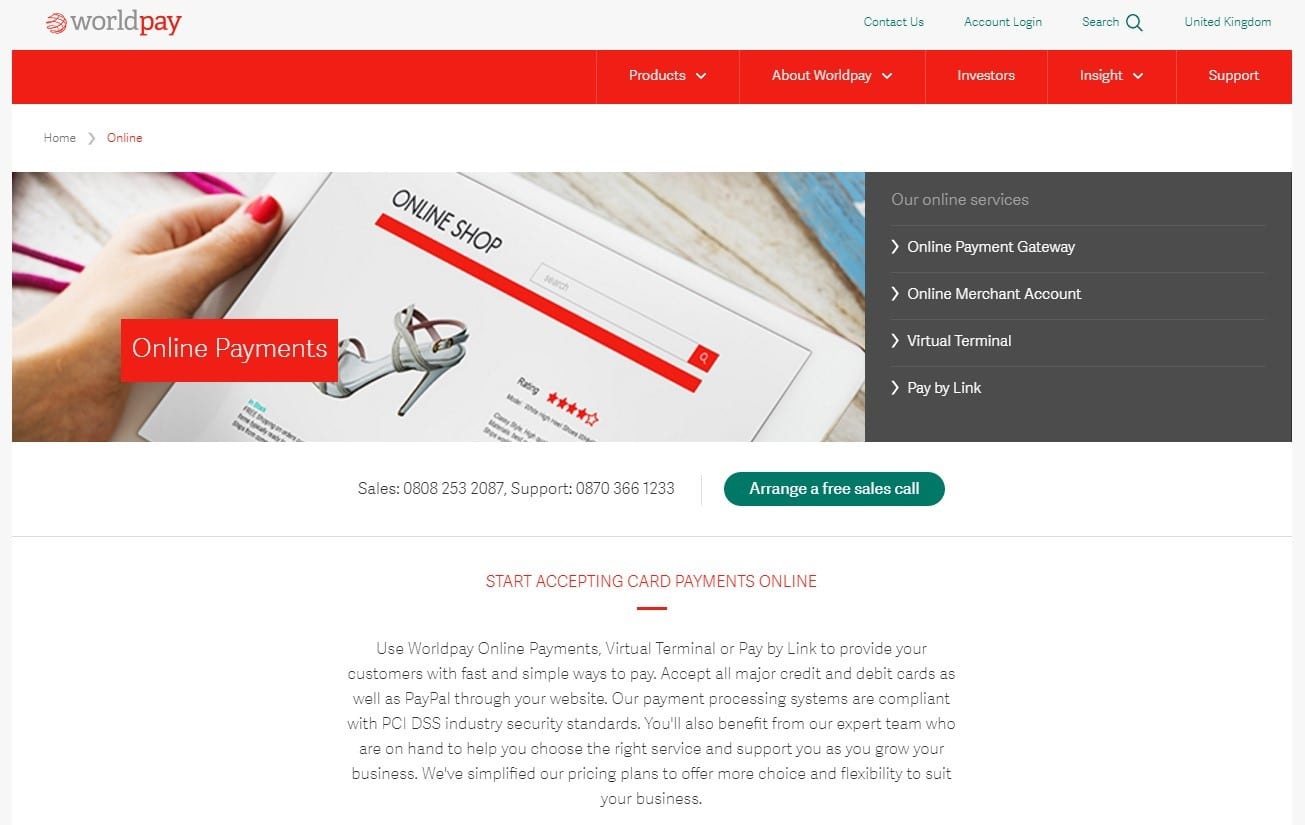 Worldpay are another payment gateway solution with a long heritage, even if they are less well known to the average customer. They first started providing internet payment service in 1994, a good 7 years earlier than industry giants PayPal. You may have once used the payment gateway provider Card Save which was popular with small businesses, but was acquired and rebranded to Worldpay back in 2010.

It would be fair to say that Worldpay have a turbulent history, having been bought and sold more than a few times and merged with other companies’ payment solutions. Originally named CentreFile, a wholly owned subsidiary of NatWest before 1985. They created an electronic payment system in 1989 called Streamline, which was absorbed by NatWest when CentreFile were sold. In 2002 NatWest was acquired by The Royal Bank of Scotland (RBS) who renamed it RBS Worldpay. Over the next few years it was merged with another 7 payment solutions.

RBS were forced to sell Worldpay by the European Commission as a condition of their bailout in 2009 and it was acquired by two American investment firms. After that Worldpay acquired payment service companies Cardsave and Century Payments.

It is difficult to image how all the takeovers and mergers have effected Worldpay as a product. Sometimes mergers can strengthen a product, bringing new features and expertise. However it is just as common for such mergers to cause problems as incompatible systems are messily combined in ways that usually work in the short-term, but sometimes have long-term ramifications.

With a very simple two plan pricing system that is comparable in price to SagePay, Worldpay can be an attractive option for high volume sellers as they offer a flat monthly rate with no transaction fees up to a certain fair usage threshold based on your turnover level.

As with any payment gateway, it is wise to research customer reviews to see how the service is being received at the time. 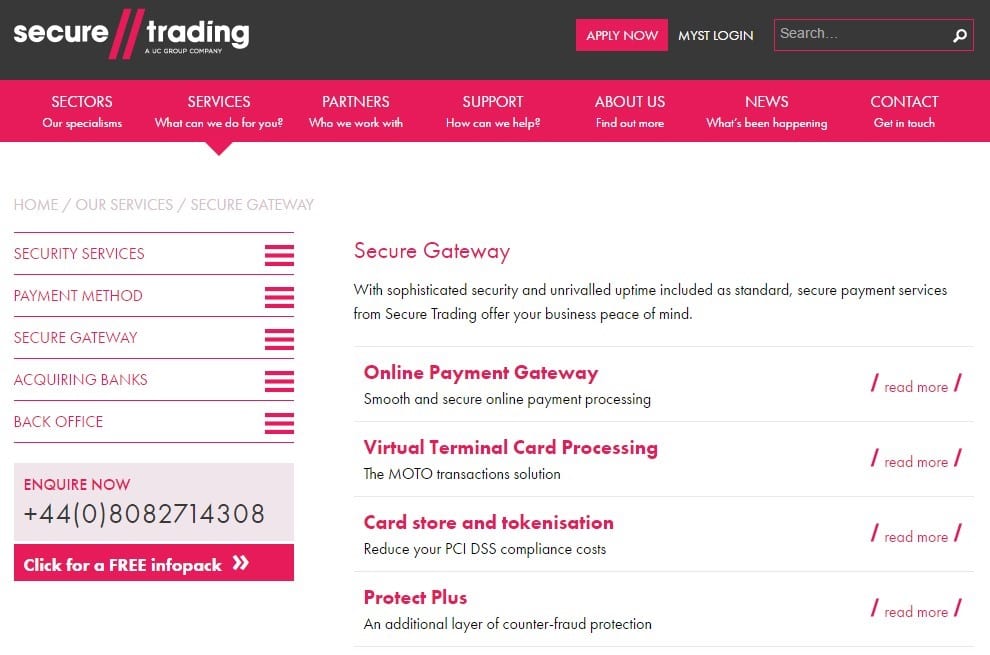 One of the lesser known payment service companies on Cloud Commerce Pro’s roster is Secure Trading, another company with a long history, going back to 1997 when it was created in North Wales. Acquired by the UC Group in 1999 who grew the business into what it is today.

Despite their lack of publicity, Secure Trading are not to be taken lightly, sporting board members like former MP David Blunkett. They boast an up-time record of 99.97%, making them a good choice for companies that require a bulletproof payment solution 24 hours a day. They have become the gateway of choice in the online gambling industry, even going as far as working with US and European governments to help develop regulation and legislation in that area. They are also widely used in the retail sector with clients such as Sainsbury’s, Wetherspoon, Best Western and WH Smith.

As with all the gateways supported by Cloud Commerce Pro, security is paramount at Secure Trading. They are level 1 PCI DSS compliant, offering full encryption on all credit and debit transactions between you and your bank. Their use of multiple payment servers avoids waits for customers, which in turn breeds trust in your brand.

They cannot be compared on price with the other gateways, as they offer a bespoke service, but that is no bad thing. It means you get a personalised service and a solution that best fits the size and scope of your business.

You should do plenty of research before settling on your payment gateways. There are a plethora of great companies offering fantastic payment services, so it is not about picking the best of the bunch. Businesses are a many varied thing, and what is important is finding the right fit for you.

[wpsm_comparison_table id=”2″ class=”center-table-align”]
*prices based on information available on 21/03/2017 and are subject to change.