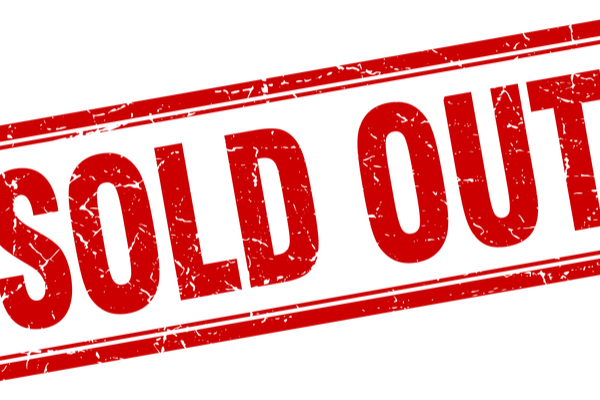 Magic: The Gathering is one of the grandfathers of the collectible card game scene. The first sets released in 1993, and the game still makes Wizards of the Coast (a Hasbro company) a significant, steady income with new sets being released to keep player interest high.

The most recent set, War of the Spark, has just launched, and the company celebrated with a limited run of a special ‘Mythic Edition’ box set. Priced at $250, there were 12,000 available from Hasbro’s eBay store on May 1st.

Which sounds great… until you hear that 42,826 orders were accepted. That might be worse than the October 5th debacle last year, when Hasbro sold the Guilds of Ravnica Mythic Edition through their own eCommerce storefront… and the site crashed due to demand.

When the Hasbro site crashed last year, many customers were frustrated that they couldn’t secure their order. Dedicated fans would miss out by not being around when the site came back up and the last of the order run sold out.

That’s bad enough, but when you oversell a product – as happened here – there are worse knock-on effects for customer satisfaction.

At best, you can assure the customer that you can make good on the order with a later resupply, or offer them an alternative product you have in stock.

If these customers aren’t happy with that, you can still expect bad feedback (and a quick skim of the Wizards of the Coast Twitter feed shows a lot of frustration, including several attempts to create organised complaint/negative feedback campaigns) but there’s a chance they’ll accept your offer.

In this instance, the limited-edition run is assigned; there is no resupply and there is no direct equivalent product.

A screenshot provided to Tamebay provides a telling clue how this happened:

You can clearly see that even with that number sold, the inventory lists ‘more than 10 available’.

There are two ways this could have happened. Either eBay’s inventory glitched (on just one product, on the worst product it could happen to) or someone entered the wrong stock level. Most likely an extra zero, so 12,000 becomes 120,000.

The product was initially listed without tax, and sales had to be cancelled before the product was re-listed. It seems clear that someone at Hasbro, hastily rushing to re-list, had their finger slip.

But it’s worth noting that this means Wizards of the Coast is not using integrated inventory management. If they were, this error couldn’t have happened.

Make Sure This Doesn’t Happen to You

One of the most important features in Cloud Commerce Pro is inventory syncing. Simply put, we automatically update the number of products in stock for all sales channels whenever a product is sold or a delivery is booked in.

It’s a crucial feature that automates one of the most crucial (but easy to overlook) jobs in inventory management. Had Hasbro been using Cloud Commerce Pro, this need never have happened.

Because Cloud Commerce Pro integrates directly with eBay, the product details (including stock levels) wouldn’t have to be entered manually, with the risk of human error. Instead, they’d be fed directly to eBay – and the level would be the level booked in by your warehouse team. Barcode scanning technology eliminates the need for stock levels to be typed in – so nobody’s finger will slip there either.

The Cost of Overselling

eBay have confirmed that everyone whose order was cancelled “will get a 100% full refund including shipping, tax, & all international fees.” This was a clarification after an earlier note simply mentioned a refund, but it means that eBay, Wizards, or both companies in combination are eating the costs involved in a refund.

On the level of this blunder – $7.7 million in cancelled orders – refund costs are high. They include the processing fees charged by payment gateways as well as administration costs in time and money.

Whatever profit margin Wizards had on their 12,000 sales has been slashed. If they weren’t a Hasbro company, it’s likely they wouldn’t have the support of eBay, and might well see their account cancelled for this.

And it could genuinely be worse. All domestic US orders on eBay (and most eBay orders worldwide) are paid by PayPal – and less than one week after this, Paypal’s refund policy changed from keeping thirty cents per refund to a percentage of the refund.

(That change happened today, as a matter of fact.) Thirty cents per order is still in the neighbourhood of $10,000.

Massive overselling can kill companies. Don’t let it kill yours. Find out how else our work can help you.

A New Chapter for eCommerce