2016 may have been a horrendous year for celebrities but it was a defining year for eCommerce. A lot of trends materialised while predictions from as far back as 2012 came true. 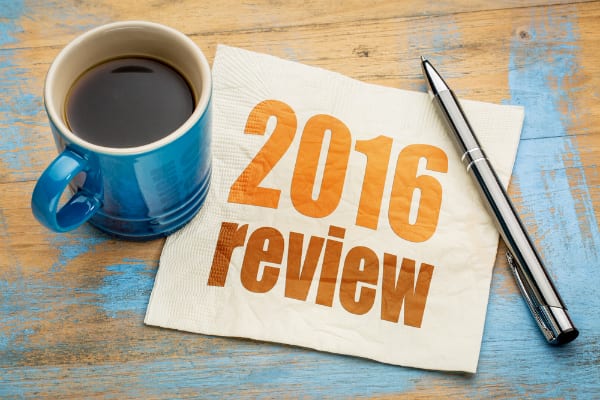 2016 set the pace for the development of ecommerce and the speed was at breakneck level throughout. It seemed that only the best could keep up, while others jumped on the bandwagon, frantically trying to secure a place in the race for the best eCommerce store.

I look back on the predictions and trends of 2016 in eCommerce, and in my next article I’ll share some of my own predictions for 2017.

We’ve known, for half a decade, about the importance of multichannel retailing. As consumers we love to combine our personal and professional lives and this extends to shopping. It was clear that those stores who offered multichannel options in 2016 were the ones to enjoy big profits. This is because we love to start our shopping with the mail, we then continue on to mobile, before completing the transaction on a PC at work. We now want to shop at any time, anywhere, and only multichannel retailing can feed this hunger.

Amazon are always the one to look to, the benchmark to aim for, the leader to follow and 2016 was no different. Many tried to emulate the Prime Membership, with grocery stores offering a one off fee for all deliveries. Delivery spots opened up and lockers became popular, while the same day delivery service entered the arena and claimed its spot as the must have feature for any discerning eCommerce owner.

It became clear that consumers would pay if it meant they could receive their item quicker, while show-rooming put many bricks and mortar stores out of business as shoppers would browse while ordering items using Amazon prime, leaving the store empty handed.

Another sneaky but genius tool for making a profit also derived from Amazon. It became clear that Amazon prices fluctuate depending on the trend and demand. Many eCommerce stores found, through PPC and AdWords, that this real time marketing and pricing strategy had a great impact on sales

The millennial customer was on the minds of every business owner in 2016 as these babies became adults and more importantly, paying customers. The millennials are those born into a world where the internet already existed. They don’t understand the world without eCommerce and so their demands are much higher.

To appeal to the millennial market an eCommerce store must be faster, stronger, hipper and cooler than the rest. Did you manage it? With the millennials came introductions to new technologies that will form a huge part of 2017 such as Beacon Technology.

Beacons made it impossible for any shopper to avoid special offers, whether walking around Weybridge, with the likes of BrandStreet or shopping in Covent Garden. Push notifications paled in significance compared to the sophisticated, almost personal nature of beacon notifications, and beacon stickers made it easy for retailers to showcase products in real time.

Find out more about iBeacons on this video…

The Internet of Things

The internet of things (IoT) became a “thing” in 2016. For years, people like me have been waiting with bated breath for this to kick off and become the norm. In 2016 this happened. We expected our TVs to stream live movies, we even expected our kettles to boil with the help of an APP, and some of us even expected the kettle at our grans to tell us when she’d woken up.  Of course, there’s much more to explore and much more room for growth in the world of The Internet of Things, and I, for one, am excited about what the future brings.

The cloud, like the universe, is a never ending space that can seemingly handle almost anything. The cloud made much more possible for ecommerce owners in 2016, from the accounts to order tracking, to gathering data and reselling.  B2C eCommerce obviously grew significantly in 2016 but B2B saw unprecedented growth with the cloud facilitating most.

Other introductions included the Google Assistant and Virtual Reality, see how I think these will shape eCommerce in 2017 below:

My eCommerce Predictions for 2017